Please fill in your information carefully, we will contact you later, please pay attention! 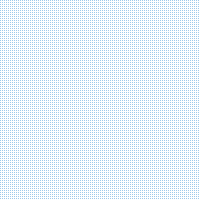 What's is the concrete bacthing plant?

Concrete bacthing plant is used for centralized mixing of concrete, also known as concrete precast yard. Because of its high degree of mechanization and automation, its productivity is also high, and it can ensure the quality of concrete and save cement. It is often used in large, medium-sized water conservancy, power, bridge and other projects with large concrete engineering quantities, long construction periods, and concentrated construction sites.

What parts does a concrete batching plant consist of?

b. Weighing system:Used to weighing aggregates,water,powder and so on.Accurate weighing system can guarantee the quality of concrete

higher efficiency are suitable for large and medium mixing plants.

How does concrete batching palnt work?

I. Aggregate weighing: The required aggregate includes sand and gravel, which are loaded into a closed aggregate bin, and each aggregate is weighed according to the mass ratio. The weighed aggregate is transported by a belt conveyor (semi-closed) Go to the waiting silo, wait for the silo to open the door and fall into the concrete mixer for mixing.

II. powder weighing (cement, fly ash, etc.): the required powder is driven into the vertical powder silo, the butterfly valve is opened, the powder falls into the screw conveyor, and then the screw conveyor conveys the weighing bucket Weigh and weigh according to the proportion error of the aggregate. The good cement is slid into the concrete mixer by the cylinder opening butterfly valve under the cement weighing hopper.

III.Water weighing: The required water is weighed by the weighing system, and the weighed water is pumped out by the booster pump and sprayed into the mixer through a water sprayer.

IV. Weighing of admixtures: The required additives are pumped from the additive tank to the weighing tank by a self-priming pump. The weighed additives are injected into the water tank and sprayed into the concrete mixer through a water sprinkler.

Ⅴ.The mixing is carried out by the mixer: Aggregate, powder, water and admixture are put into the concrete mixer according to the set time. Under the mixing of the blade, the material is squeezed, friction, shearing, and convection.When the mixing time is up, the cylinder of the door opening device of the mixer opens the door, and the blade is used to push the mixed concrete Wait for the transport vehicle under the concrete mixer (take a part of the mixed concrete for sampling test before entering the transport vehicle, and check whether it meets the requirements). After passing all the products, close the door and enter the next mixing cycle. .

Aavantages of  our concrete Batching plant

Would you want to learn more details about the concrete bacthing plant?

We have prepared the product details in a PDF file, please download and read!

AIPALMALL will show you more product knowledge and gives you a richer browsing experience!

Engineering for Tomorrow's World with Innovation and Service